It’s been awhile since I did a blog. Shame on me. I promise I will get better with this in 2018. I just have to make out my strategy. You will read more about my thoughts (I promise to not take it entirely too far though, but it will be entertaining.)

Here is a quickie.

I spent the last couple of months of 2017 working in an attempt to redeem the year from being the dumpster fire it was. I am proud to say that I have accomplished that.

I have finished the first build of Jerome’s Jump, the run and jump platformer game based off the Rude Boy USA character Jerome Dixon.

It will start making the test rounds next month. Several of you have already played it and have told me that you are having a lot of fun with it.  I will keep you updated on official release dates etc.

Jerome’s Jump! will also make its debut on Steam and there will be an Android version. IOS is up in the air for now. I look forward to entering the Steampowered universe with its community. 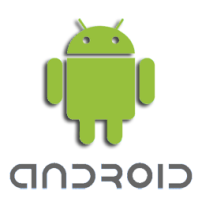 By the way, I’m dropping the “Author” moniker from the title of the site very soon. It will be just VictoriaBolton.com.  Older Links will still work but the official title is changing. I feel that I have a lot more going on than just author. I’m also a Game Developer. I will begin doing video blogs in the spring and I feel that this platform can be elevated to the next level. My video blogs won’t be an everyday thing because I am entirely too busy right now to really do that without settling for poor content.